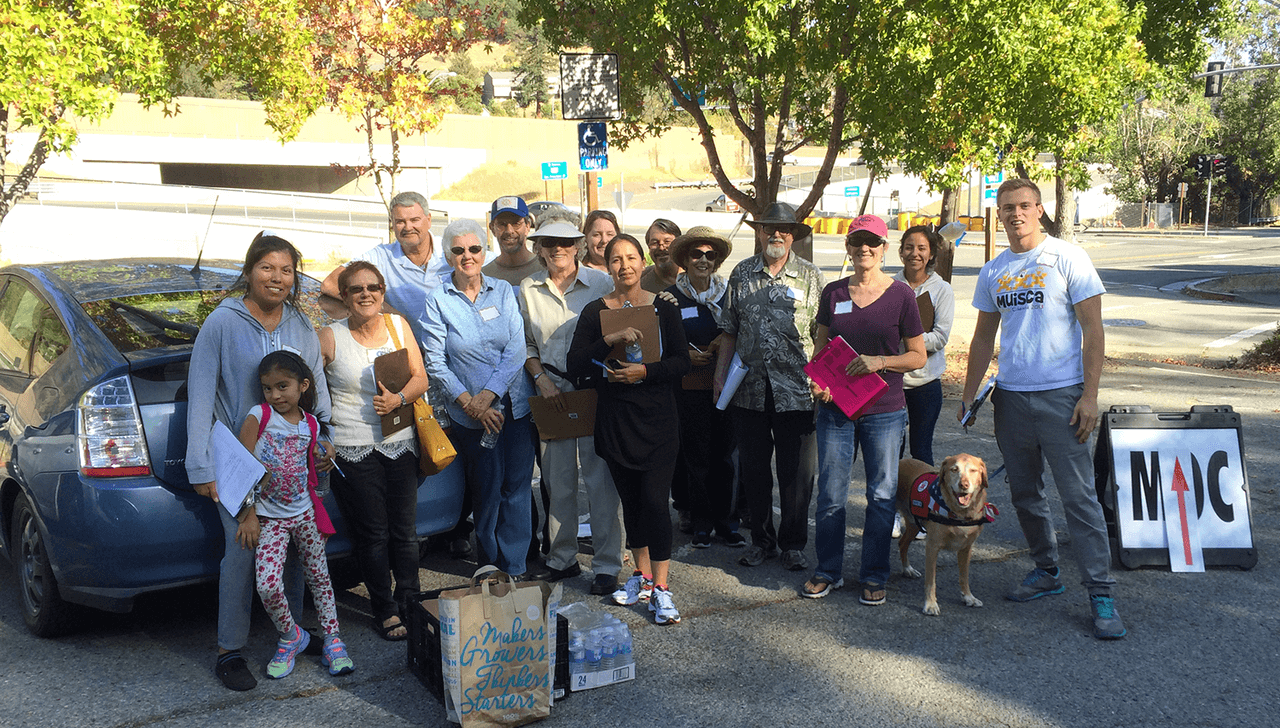 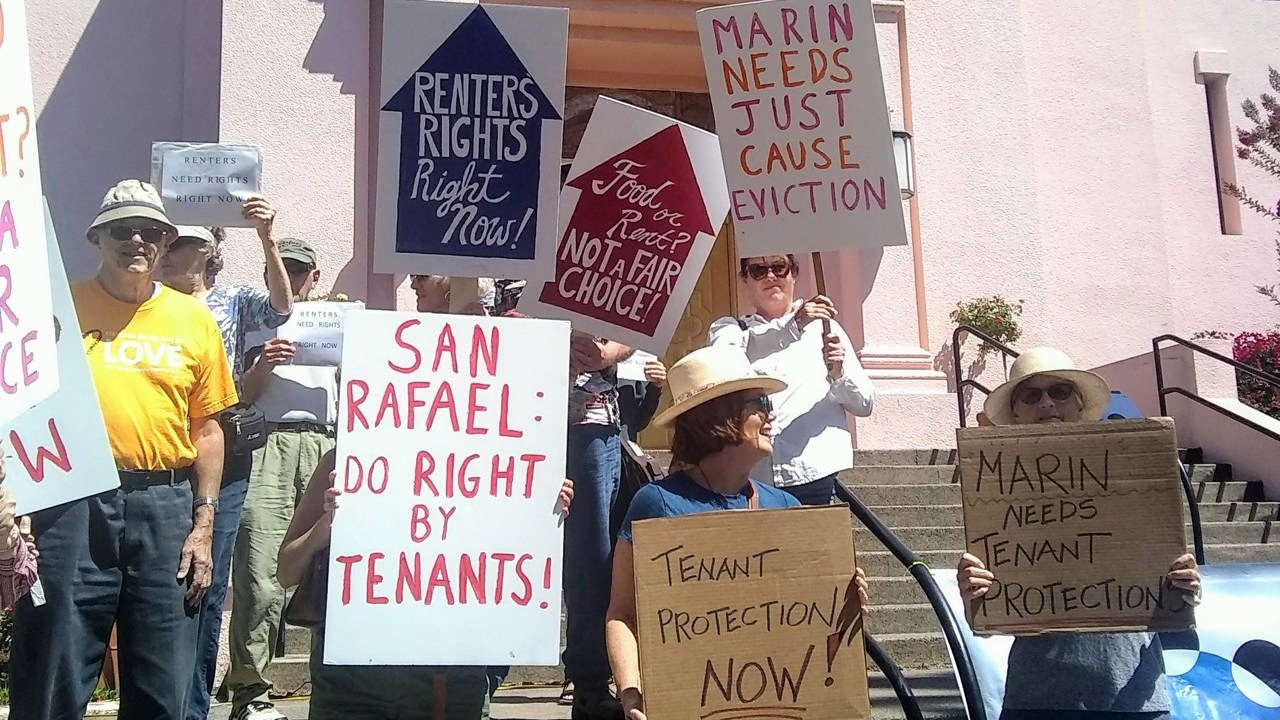 *For information about and to get involved with current issue activities, click here.*

Our leaders work in teams to choose issues based on countless conversations within our communities, as well as research on policy and best practices. The following are a few examples of the issues we have worked on and what we have achieved.

Marin Organizing Committee (MOC) has educated and trained hundreds of leaders across lines of race, class, language, religion, and geography to work together on a practical agenda of local issues. This requires the regular practice of participatory democracy. MOC leaders have organized accountability sessions with candidates for public office, participated in precinct-walks for statewide propositions, and regularly participate in county and town council meetings across Marin. In these ways, MOC leaders stand up for civil discourse and respectful debate about the pressing issues facing our families and communities. Some of our accomplishments on those issues are listed below.

MOC is currently leading a long-term campaign to get three basic renter protections passed throughout Marin County: Ordinances protecting renters from discrimination on the basis of their income (voucher holders); giving renters the right to request mediation if their landlord raises their rent over 5% in a calendar year; and requiring a landlord to give a cause (from a list of acceptable reasons) for terminating a tenancy. Although not as powerful as rent stabilization, when enacted these ordinances discourage landlords from raising rents too high and help to protect the more than 90,000 renters in Marin from retaliatory evictions for reporting unsafe living conditions. MOC fought for and won the passage of the ordinances at the County level, in Fairfax, and in San Rafael, and the work continues.

MOC has been a consistent voice advocating “Yes” to an increase in affordable and accessible housing. MOC was instrumental in the effort to get Victory Village built in Fairfax, holding numerous meetings with elected officials, conducting neighborhood walks to educate Fairfax residents, and turning out leaders for town council meetings. MOC also supported the Dominican Sisters’ effort to create housing for two families experiencing homelessness headed up by single moms. MOC is in continuing conversation with affordable housing developers about the barriers to housing development in Marin, and has been exploring other kinds of community development, such as community land trusts.

What began as a fight for more low-barrier emergency shelter beds in Marin in 2009 turned into a strategy to help people experiencing homelessness move into housing. With support from Marin Community Foundation, MOC helped to organize REST (Rotating Emergency Shelter Team), which operated for 10 years in congregations throughout Marin as a “temporary” solution to give the County and service providers time to develop a plan to more effectively shelter people. When it became apparent that the success of REST was in the way of the County actually implementing a best practices approach known as Housing First, MOC worked with service providers and congregations to end REST in 2018. The St. Vincent de Paul Society and Homeward Bound then came together to achieve housing-focused shelter, and in 2019, Marin’s chronic homelessness dropped by 28%. MOC is now working with the County to refine and improve their Severe Weather Emergency Shelter guidelines.

In 2020, When MOC heard that funding was available from the state to convert motels into permanent supportive housing, leaders quickly mobilized to build community support for the proposed projects in Marin. MOC leaders organized hundreds of emails, a petition with over 700 signatures, and turnout at several public meetings, all within just a couple weeks. Two of the proposed projects were approved, which will provide housing for 70 people currently experiencing homelessness. 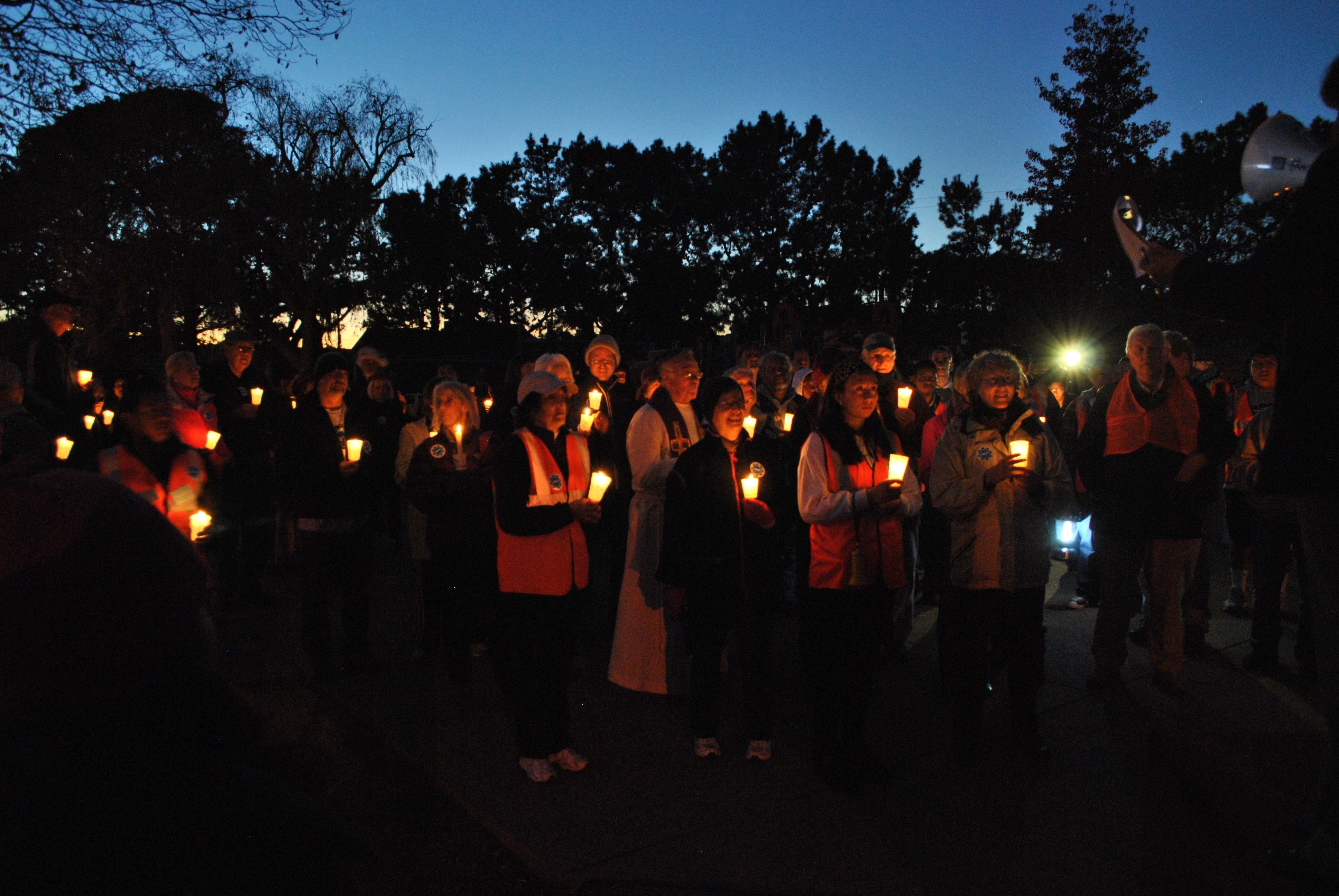 Towing and Impoundment in San Rafael

In 2010, MOC persuaded the San Rafael police department to change their policy of towing and impounding the cars of any undocumented residents stopped for routine and minor traffic infractions, residents (at that time) who were unable to obtain a license because of their legal status. MOC organized over 600 parishioners of St. Raphael’s Church to share stories of hardship with the members of the San Rafael Police Department (SRPD). MOC met with law enforcement agencies throughout California, uncovering a wide variety of interpretations of the applicable law. Working with San Rafael City Council members and representatives from SRPD, MOC advocated and won a complete change in SRPD policy thereby reducing the economic hardship and psychological strain impacting hundreds of working families. MOC went on to fight alongside other organizations statewide to push for the successful passage of AB 60 in 2013, which allows undocumented people to obtain a driver’s license in the State of California.

Relationships Between Police and Immigrants

MOC has long worked to bring together local law enforcement and the immigrant community. The most recent work began on a rainy January night in 2017 in the St. Raphael Church gym. Before 400 people, San Rafael Police Chief Diana Bishop committed that the San Rafael Police Department would not collaborate with Immigration and Customs Enforcement (ICE), and also committed the time of officers to do “house meetings” in which small groups of MOC leaders, mostly immigrants, could engage, tell stories, and ask questions, particularly in the Canal neighborhood.

Following passage of the Affordable Care Act in 2010, which further expanded access to healthcare nationally, MOC became concerned by the lack of planning for local implementation and successfully pressured the County of Marin to hire an additional 20 eligibility workers. After identifying the key players responsible for implementation, MOC then created a monthly roundtable check-in for all major players to meet and coordinate their implementation plans, resulting in Marin County having one of the highest enrollment rates in the state.

For the latest on MOC's issue work, check out our News blog!